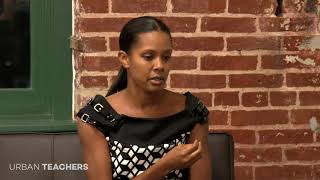 An Educator’s Guide to Fast Girls

Beyond Increased Attention: Mindfulness as a Dismantling Practice

Self-Care at the Tip of Your Nose with TFAers!

A New Song of Peace

It starts gradually. The passion you once had begins to dim. Your “good morning” morphs into a robotic refrain, more like a reflex than a greeting. Your mind and body wander, slew-footed from one task to the next—grabbing at the ends of it before your knees buckle. And, at end of the day, nothing. No feeling, no energy, just drain, lethargy, and guilt.

This is what burnout feels like. Exhaustion. Holding on by a thread. Rumination above. Rumination below. And massive energy drain exacerbated by a toxic work culture. Burnout is as much a psychological state as it is a physiological state, as much an emotional state as an energetic one.

Years ago, I worked with a company whose culture was a master’s level crash course in gaslighting and blame-shifting. Though the company had been around well over 40 years, it cycled through staff every two years. (I did not, of course, know this when I first began working for the company.)

The harder I worked, the worse it got. The more I delivered, the more criticism increased. The more excellence I exhibited, the more blame-shifting in tandem with increased responsibilities were handed down.

For a while, I tried to adjust my outer behaviors to effect change. In other words, I jumped through hoops—working 12 and 13-hour days, sacrificing weekends. I responded to vitriol with kindness. But then the nightly teeth grinding started, the Sunday angst, and the headaches, until chronic exhaustion kicked in and forced me to shift everything.

I took a hard look in the mirror, and I reminded myself of universal principles like:

I had to go within to effect change. I had to look at the way I was allowing myself to be treated and ask myself from what vantage point was I operating. The answer? Fear of financial loss. As the primary breadwinner in my family, everyone depended on me.

This is not to say, that others are not and should not be held accountable for their behavior, but who was going to hold them accountable in a way to effect change? And, I knew that switching jobs would be a temporary solve if I did not do the inner work required to hit delete rather than repeat on this life experience.

So, I began the inner work of setting limits and boundaries. It was not as simple as stating, I will not allow a, b, or c. It was a matter of affirming my own value, my own worth, and deservedness.

With this, came the second step toward my own empowerment: the word and conviction of ‘no’. No more ‘sweat equity’—i.e. 60 hr. week, 40 hr. pay. No more say what you want. No more devaluation narratives. Where before, I would waste energy pointing debating injustices and disrespect, I learned to say ‘no’ in a myriad of forms, and always with composure—because power through self-knowing brings composure.

My ‘no’ also came in the form of plain, truth-telling (Truth-telling requires clarity about your values and worth.) So, what happened? Everything changed. I did not say everything was perfect. But everything changed for the better. I moved from burnout, skipped over low-stress, and began operating from vision.

I discovered that burnout stems not only from overwork, but from doing work in a way that is a mismatch to your truth and integrity. Burnout pushes upon and attempts to steamroll your limits and boundaries. It most easily occurs when fear is in the driver’s seat--- burnout has an ugly, opportunist nature.

In times such as these, where fear is high and ‘security’ threatened, the risk for burnout increases, but so too does its antidote—self-care. And, this self-care must include tending to the Mind, tending to mindset, and cultivating equanimity.

So, what can you do when you feel burnout coming on or if you are in the midst of it? Take back your power. Kick fear in the gut by affirming your value. And, make changes within to manifest without.

To learn more about countering burnout, check out Reclaiming the Sacred Self.